You are here: Home / Archives for publishing 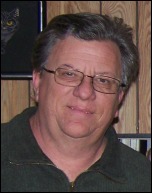 Today’s Guest Post, by Michigan author Tom Glide, is a witty, heart-felt account of one man’s transformation to becoming a writer and his journey to bring to life his father’s true story of survival as a WWII POW and the family waiting for him to come home. Tom’s first book, Fortresses: An Airman’s Story of Survival, was published spring 2012.

“Yesterday, I couldn’t spell author. Today, I are one.”

I said those words to my oldest sister in March of 2012, while I was holding an author’s proof of Fortresses, An Airman’s Story of Survival in my hands. It was a proud day for both of us, but even in my wildest dreams, I never imagined writing a book. My love of writing was something I found by accident, or an ironic twist of fate.

I was a car guy, through and through, and was going for a business degree so I could open my own shop, restore old cars, build hot rods, and live happily ever after. When my college advisor informed me that I would have to take English Comp I and II, I wasn’t happy. Visions of my old steel edged ruler totin’ Catholic school nuns just waiting to give me a good shot across the knuckles for violating the I before E, except after C rule ran through my mind. (I think I remember one of them having a holster.)

Question — Could you just poke me in the eye with a sharp stick instead?

“You’re really good at this. Just don’t try to make a living at it. There’s no money in it.”

It turned out my instructor was not a heavily armed nun, she was a young, vibrant teacher, who let her students write whatever they were passionate about. I actually liked the classes, and hated to see them end. When I completed them, she took me aside and gave me the above quote, which is actually an excerpt. The full quote was “Tom, I really enjoyed reading every assignment of yours. You have a wonderful way of letting the reader see what you are writing about.” While I beamed with pride, she then added the ‘don’t try to make a living’ part, bringing me back down to earth with a thump.  Oh well, I hadn’t planned on it anyway. Too bad though. It sure was fun.

I learned a lot when I eventually opened that shop. First and foremost, if you want to make a little money running your own business, start with a LOT. Then be ready to devote a lot of hours to it. When a chance to get an extremely well-paying job with excellent benefits that my family needed came along, I jumped at it. Writing became the furthest thing from my mind.

Then on Christmas Day of 2001, my dad finally lost the battle he had been fighting with Alzheimer’s and passed away. It wasn’t the only battle dad faced in his lifetime. He had also been in the Army Air Corps in WWII, and a German POW for nine months. While cleaning out the family home and divvying up the contents, my siblings and I stumbled upon an old Army suitcase full of memoirs and journals he kept during that time, and read (for the first time) what part of hell he really went through. I was mesmerized by the story, and thought to myself that it would make an incredible book.

“You have a wonderful way of letting the reader see what you are writing about.”

The kind words from my instructor echoed through my mind. Should I write that book? Could I write that book? The only experience I had was a few 1500 word short stories from college, and a few of my own memoirs that I had begun. But a whole book? That seemed pretty overwhelming. I had no idea where to start, plus, I remembered my instructor saying there was no money in it. Where’s the reward in it?  I decided to pass on the idea, and simply walk away with a whole new level of admiration for the hero that dad was.

A short while later I got the chance to get an up close and personal look at a restored B-17, just like the one dad used to fly in. It was every bit the magnificent aircraft I remembered him telling me about. It made me think about writing dad’s story again, then of how big a task that would be. Then I remembered something he used to tell me whenever I didn’t want to do something, which usually was preceded by me saying the words “Daaaad … I can’t.”

“Don’t gimme that I can’t bullshit! There’s no such word as can’t!”

After reading about the ordeal he went through, I understood why he felt there was no such word as can’t. It had been much tougher than raking leaves or eating canned peas that used to garner that wonderful bit of fatherly advise. I decided to give writing the book a shot. A book is made up of chapters. Chapters are sorta kinda short stories, right? I got this.